Steven Comer was treated for an abdominal aortic aneurysm by Dr. Patrick Neville after a checkup with his primary care doctor.

How did you find out you had an abdominal aortic aneurysm?

I went in for an annual checkup. He asked me if I ever smoked, and I said, “Yes.” He wanted to check it and see if anything was wrong with my aorta. I went in and they took photos and everything in my aorta. I got the results of that back, and it wasn’t really clear. He wanted some clear pictures of it. That’s when they went in, and they did a full CAT scan of it.

That afternoon I had an appointment with Dr. Neville to look at the results of what the aorta looked like. I was sitting in his office, and next thing I know he says, “We’re going to operate today.” That’s when I went over and they admitted me to the hospital. They went in and fixed a valve in my heart. And then a couple months later in January 2016, that’s when they went in and fixed the aorta. Dr. Neville told me he’s going up both sides…one on each side. And I guess apparently what they do, they pull it together so that the aneurysm doesn’t explode, and I guess if it explodes or busts or something like that it causes some severe problems.

What was the cause of your aneurysm?

From what I gather and what I can remember, I guess it was all started probably from me smoking. I smoked when I was 25 to 40 years old. That’s basically I guess what caused the whole problem. Smoking is what started my general practitioner to send me in to have it looked at and had pictures taken.

What did you think of Dr. Neville?

He’s been great. Any questions I have he’s answered them. He gave me a good, clear understanding, so I could understand what was going on.

How do you feel now?

I feel great. You know, I am a little bit older. I got a few things that I can’t move like I used to, but other than that I get along pretty good. I’ve seen Dr. Neville two or three times now and as far as I know and I’ve been told, everything is fine. I’m progressing along pretty good. It was all caught in advance, and Dr. Neville took great care of me, and I feel great today. 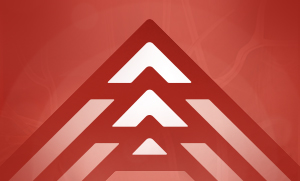 Should you be screened for abdominal aortic aneurysm?

See if you have a risk factor for this life-threatening condition. 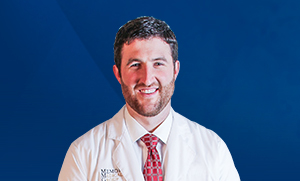 Smoking and Your Health

Vaccination remains the strongest defense against COVID-19. Even as numbers in our community drop, it's important to remain vigilant. For more information about where you can schedule a vaccine, be tested for COVID-19 or learn more about the virus, visit https://www.bjc.org/coronavirus